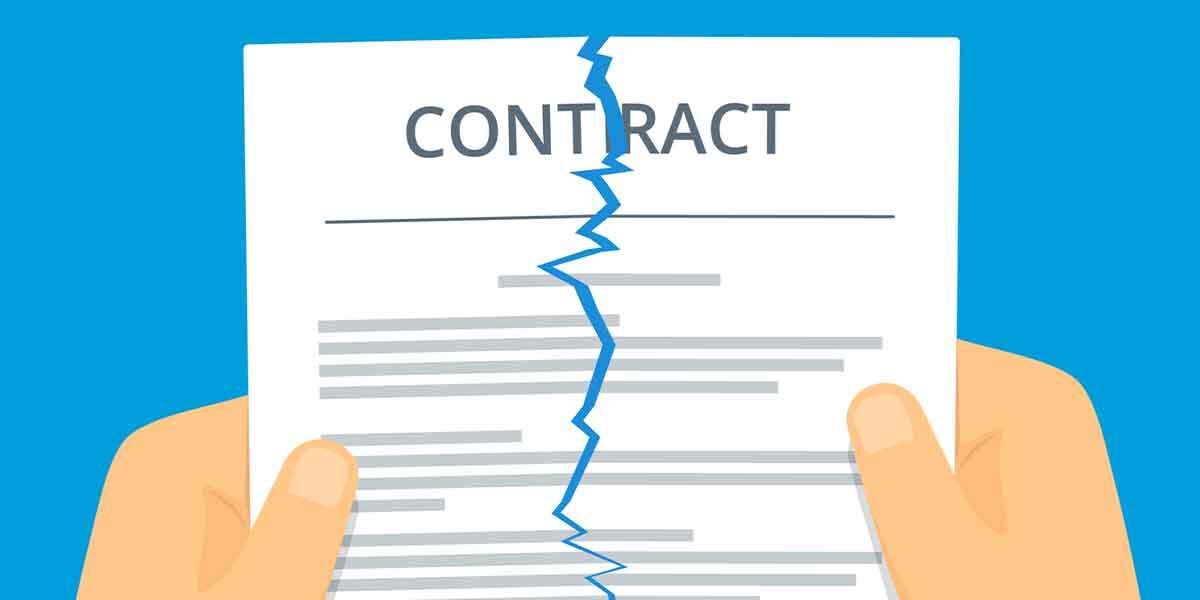 A contract breach is a very simple and common term. Contract breach happens every day and is often settled in court or outside court depending on the severity and the mutual understanding of the parties involved.

Most people prefer to settle contract breach cases outside court due to its expensive nature. Court fees including attorney fees and the processes involved in settling such cases in court are the reasons why people shy away from this method of resolution.

A contract breach occurs when a party-for any reason whatsoever- refuses to honor his end of an agreement.  It is quite simple. For instance, Johnson orders 15 TV sets from a certain online TV store. In the agreement with the owner, he requested that the TV set be delivered in two days’ time. He then goes ahead to may full payment of the TV sets and waits. Five days after, Johnson is yet to receive what he ordered. He becomes angry and request that the online store owner refunds him his money. In that scenario, the online store owner has breached the contract he had with Johnson and Johnson has the right to take the case to court if need be.

This isn’t a complete breach of contract. Minor contract breach occurs when a party breach a contact partially. For instance, you hire a web designer to design a website for you within a time frame. The web designer completes the job before the deadline but there exist some errors in the job. Since the web designer met the agreed deadline, you won’t be able to sue him, but you have the authority to sue him for monetary damages or you can force him to make amendments to the website.

This is a severe case of contract breach. A fundamental contract breach allows the party to sue the defaulting party for damages, the party also has the right to end the performance of the deal. For instance, let’s say you just rented an apartment. On the day you decide to move in you found out that the apartment is still being occupied by the old tenant. In a case like that, the landlord is in fundamental breach of the lease agreement. You can sue the landlord for damages and also compel him to make the house available for you to move in based on the original agreement.

This is one of the most serious contract breach and it happens when a party fails to live up to his end of an agreement. This contract breach is quite popular. The claimant can request for damages in a situation whereby the breach resulted in financial loss.

In this type of contract breach, an individual can state that the contract is ruptured before it is actually breached. A party can file for an anticipatory breach when it becomes obvious that the other party won’t be able to carry out the contract with a certain time.

Miami estate planning lawyer near me 33150

Miami Estate Planning Lawyer Near Me